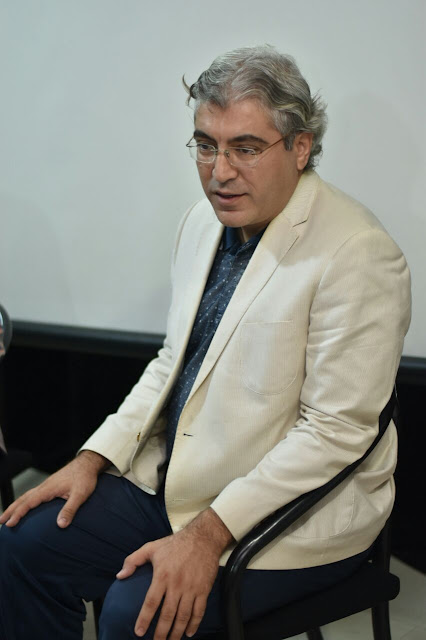 During a press conference yesterday July 26, 2016  which one of our correspondents attended, the President of the Ufuk Dialogue, Kamil Kemanci made statements condemning the coup that occured in Turkey on Friday, July 15, 2016.
In his statement:

We, Ufuk dialogue, strongly condemn the attempted military coup that occurred in Turkey, on Friday the 15th of July and reiterate that there is no place for military interventions in democracy.
The attempted military coup to overthrow the Turkish government was an act of military aggression and injustice.
We have always supported the development of Turkey’s democracy despite the increasing anti-democratic practices in recent years.
Ufuk promotes Hizmet Movement (Gulen Movement) philosophy which has advocated for, and demonstrated commitment to peace and democracy for more than 40 years. We have consistently denounced military interventions in domestic politics.
Democracy, rule of law , peaceful co existence, freedoms and human rights are the core values of Hizmet participants. Thua. Ufuk dialogue strongly condemns any attempt to overthrow an elected government by military coup.


Mr Fetullah Gulen, inspirer of Hizmet movement , has always advocated for democracy and insisted “there is no u-turn from democracy” at every stage of his life, “As someone who suffered under multiple military coups during the past five decades, it is especially insulting to be accused of having any link to such an attempt. I categorically deny such accusations.”
President Erdogan and his close circles blame on the Hizmet movement is very irresponsible and concerning.
We hope that turkey will overcome these difficult days and take this sad incident as an opportunity to strengthen its democracy.
Our hearts and prayers are with all Turkish citizens and for all those in Turkey. We also stand for a free and fair democratic system for all Turkish citizens.

Popular posts from this blog

By LOGiN Bloggers Network September 29, 2018
Hellooooooooo! We are Back!

By LOGiN Bloggers Network January 18, 2020
Happy New Year!
Your getting to this post means that you really mean business with wanting to monetize who you are, online. I celebrate that about you.
I am ready to coach new start up thought leaders in 2020.
I will be exposing over 15 ways I make money online, have made money and all the things I did to ever get paid.
I will be demystifying how the hustle online works and why it may suit you for life.
I will show exactly how it works...no hype, no jargon, no breeze over...

By Unknown July 12, 2016
Do you love cars?
Do you drive and want to understand your car?
Do you know the latest trends in Autos or wanna start a car business? Check out Anthony's blog at www.motoringnigeria.com for all your needs. Yes, he is dope like that! Showcasing our finest bloggers at LBN.

www.motoringnigeria.com is an automative blog that deals with the passion of driving great cars. It is a one stop online portal for petrol heads, drivers and other road users alike. We are committed to fueling your automotive passion with the best of car news and reviews, events, drivers-ed and motorsport.

Adejoro Anthony is a fun loving young male who is passionate about making positive change to Nigeria's automotive industry through the promotion of Motorsport and motoring media. He is currently the Chief Editor of Carvolution Magazine by Motoring Nigeria.