By LOGiN Bloggers Network March 24, 2016
The third annual African Blogger Awards competition that opened for entries in mid-February has announced three new categories for social and digital influencers across the African continent. 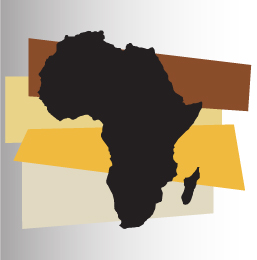 The new categories – opened in association with the Bill and Melinda Gates Foundation – aim to raise awareness of social issues that affect the continent. The new categories are:
⦁ Women and Girls’ Empowerment
⦁ Public Health
⦁ Social Issues and Active Citizenship

The three new categories will raise awareness of bloggers, YouTubers, Instagrammers, Facebook and Twitter account holders who are passionate about reporting stories about women and girl’s, public health and social issues. For the first time, they have the opportunity to gain recognition for the essential work they do in highlighting important issues.

“Influencers are story tellers as much as journalists are, and often have access to stories that are missed in the mainstream media because of geographical limitations or staffing constraints in big media,” says Murray Legg, co-founder of the African Blogger Awards. “They are able to spread news about critical issues to the audiences that they’ve built. The three new categories recognise the importance of their reporting.”

The Gates Foundation is the world’s largest privately funded philanthropic organisation, and is committed to reducing inequity around the world. Encouraging and promoting grassroots stories about development issues are key to that work.

“We are pleased to partner with the African Blogger Awards this year in promoting some of the most important issues facing Africans today,” says Dr Ayo Ajayi, Africa Director for the Gates Foundation. “We believe that bloggers and social media influencers play an important role in highlighting the great successes and continuing challenges facing African development. We look forward to engaging more with these bloggers and influencers in our work in the future.”

Entries for the awards close on 19 April 2016 at midnight GMT+2, and results will be announced on 3 June 2016 in an online ceremony.

Notes to the Editor:

Category winners may not necessarily have the highest number of followers but will be the content producers scientifically measured to be the most influential by Webfluential analytics, which measure an influencer’s reach, resonance and relevance.

Categories that saw too few entries in previous years of the competition or where influence metrics were below the minimum requirement have fallen away, with the 26 new or adapted categories providing ample scope for the continent’s online social media society to be effectively, accurately and scientifically measured against their peers.

There is no cost to enter the awards, but entrants with over 1000 active, legitimate followers are required to register their blog, Twitter, Instagram, Facebook page or YouTube profile (or a combination of these properties) on Webfluential. This platform scientifically measures the reach, resonance and relevance of social influencers. The competition is open to permanent residents of any country in Africa.

The Awards also give brands and the marketing industry an objective measurement of the most relevant online and social influencers to include in their campaigns, making sure they achieve the greatest possible impact for their marketing spend.

Entrants can enter up to two of the following categories:

Entries for the awards close on 19 April 2016 at midnight GMT+2, and results will be announced on 3 June 2016 via the competition’s Twitter handle, @African_Blogger, from 11h00 GMT+2. Visit http://www.africanbloggerawards.com/ for more information and a list of 2015 African Blogger Awards winners.

Popular posts from this blog

By LOGiN Bloggers Network September 29, 2018
Hellooooooooo! We are Back!

By LOGiN Bloggers Network January 18, 2020
Happy New Year!
Your getting to this post means that you really mean business with wanting to monetize who you are, online. I celebrate that about you.
I am ready to coach new start up thought leaders in 2020.
I will be exposing over 15 ways I make money online, have made money and all the things I did to ever get paid.
I will be demystifying how the hustle online works and why it may suit you for life.
I will show exactly how it works...no hype, no jargon, no breeze over...

By Unknown July 12, 2016
Do you love cars?
Do you drive and want to understand your car?
Do you know the latest trends in Autos or wanna start a car business? Check out Anthony's blog at www.motoringnigeria.com for all your needs. Yes, he is dope like that! Showcasing our finest bloggers at LBN.

www.motoringnigeria.com is an automative blog that deals with the passion of driving great cars. It is a one stop online portal for petrol heads, drivers and other road users alike. We are committed to fueling your automotive passion with the best of car news and reviews, events, drivers-ed and motorsport.

Adejoro Anthony is a fun loving young male who is passionate about making positive change to Nigeria's automotive industry through the promotion of Motorsport and motoring media. He is currently the Chief Editor of Carvolution Magazine by Motoring Nigeria.